Timber is the most environmentally friendly building material

Using legal, sustainable and responsibly harvested timber over other materials reduces our dependence on fossil fuels and their consequent carbon emissions.

Timber is a natural carbon storing material. It can be used to increase a buildings ‘life cycle assessment’, has minimal embodied energy (the finished product actually stores carbon) and the ability to change.

Timber is recyclable, biodegradable, insulating and hypoallergenic. It is the only truly sustainable building material we have. 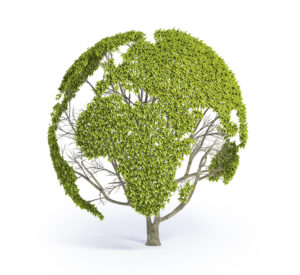 At Hanson Plywood, we recognise that although wood and wood related products are comprised of a naturally renewable material, unsustainable and irresponsible harvesting of forests can have severe adverse effects on the environment, local communities, indigenous people of the forest as well as the global economy.

Since before the adoption of the European Union Timber Regulation ((EU) No 955/2010) Hanson Plywood have adhered to the Timber Trade Federation’s Responsible Purchasing Policy© (RPP). The RPP offers a strong foundation on which to build a robust Due Diligence System (DDS) to ensure compliance with the EUTR. This guarantees that all our imported timber related products are sourced in line with the applicable legislation of the country of origin and from suppliers and forest management units that have the longevity of the forests and their ecosystems in mind.

Since the UK’s departure from the European Union, the same system has now been expanded to ensure our compliance with the UK Timber Regulation (UKTR) with the main difference being that the scope of our due diligence system focusses more intently on all non-UK purchases as opposed to all non-EU products as it was under the EUTR. 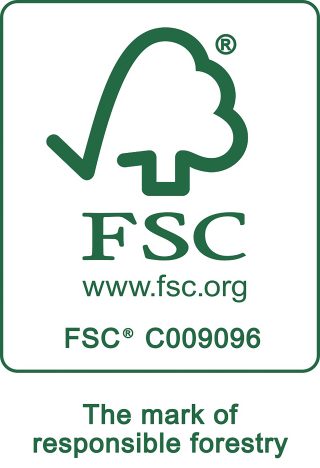 The company has achieved FSC® (Forest Stewardship Council®) as well as PEFC (Programme for the Endorsement of Forest Certification Schemes) Chain of Custody certification and aims to continue to promote the use of materials that are certified under these schemes. Both the FSC and PEFC schemes prevent direct involvement in illegal logging, destruction of high conservation values in forests and human rights violations of people indigenous to the area of forestry.

Both schemes require that the company have management systems in place in order to correctly identify and control incoming certified material. The enforcement of this requirement means that all certified companies in the supply chain are protecting the chain of custody of forest products so goods can be labelled as coming from sustainable and well managed forest management units.

Hanson Plywood operate using an Environmental Management System (EMS)  which is certified to ISO 14001. Our management system puts in place a framework that allows us to reduce, manage, mitigate and where possible remove any activities the company undertakes through its operation which may have adverse effects on the environment.

Since implementing this system, we have been able to set ourselves on a course of continual improvement in relation to potential environmental impacts such as fleet management, fuel consumption, warehouse operations, office facilities and volatile organic compounds to name a few.

As an importer and distributor of wood based sheet materials who also operates a large storage facility, Hanson Plywood recognises its obligations to carry out our endeavours while maintaining a sustainable environment for the surrounding community, our customers and future generations. Our Environmental Management System allows us to meet these obligations and pursue efficient and environmentally friendly methods of operation.

Hanson Plywood import key products from Indonesia; a country comprised of well over 13,000 islands with over 91 million hectares of forest cover. Forest cover has steadily declined over the past few decades due to a lack of infrastructure, uninformed management of these resources, the rise of palm oil production and illegal logging.  However, recent revolutionary changes in forest legislation, governance and management have made an instant impact on these factors and contributed to the reforestation and conservation of one of the most bio-diverse countries in the world.

Indonesia is the first country in the world to complete the process of a Voluntary Partnership Agreement (VPA) with the European Union, legally obligating the country to implement a licensing scheme to regulate trade in timber and timber products. Currently, this means that all timber exported from Indonesia has to be fully traceable and certified under Indonesia’s country wide Timber Legality Assurance Scheme, SVLK.

SVLK (Sistem Verifikasi Legalitas Kayu) was developed through multi-stakeholder consultations and, by process of further modification, became a nation wide scheme which offers market incentives for legal compliance (timber cannot be exported without supplying evidence that it complies with SVLK). Alongside this, the Indonesian Ministry of Environment & Forestry developed an online system (SIPUHH Online) which tracks logs all the way back to the concession using a QR barcode-scanning system.

All timber products certified under SVLK and exported from Indonesia are now FLEGT licensed as of November 2016. A FLEGT licence is currently the only licence that ensures full, verifiable compliance with the European Union Timber Regulation.

Hanson Plywood were part of a small selection of EU-based companies that were part of the first import of FLEGT licensed timber products from Indonesia. Now, all of our Indonesian imports are FLEGT licensed, allowing for a legally verifiable product and a fully traceable supply chain.